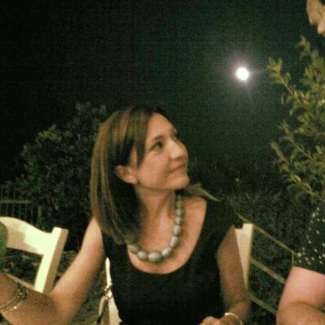 Maria Pia Di Mauro is a Researcher Astronomer in Rome at IAPS/INAF, Istituto Nazionale di Astrofisica, with main interests in the physical properties of solar and stellar structure and evolution. She is one of the main expert in Italy in Asteroseismology, the study of stars by using stellar pulsations through the modelling of stellar structure and development of seismic analysis techniques. She has been working in close collaboration with European helio- and asteroseismic communities, envolved in experiments on Earth (GONG, IRIS, BISON, SONG) and on space (SOHO, CoRoT, Kepler, PLATO, TESS).
Born in Torino in Italy in 1970, she grew up and studied in Catania, where she got her master’s degree in 1995 by discussing a thesis on the results obtained by using new Helioseismic data detected from the space by SOHO (SOlar Heliospheric Observatory).

After some experience as phD student in Warsaw at the Nicolaus Copernicus Center, in 1999 she obtained her PhD in Physics and got a research grant to spend few months in Vancouver at the University of British Columbia. She was postdoc researcher and lecturer in stellar oscillations in Denmark at the Department of Physics of the University of Aarhus from 1999 to 2001. In 2001 she got a permanent position as staff astronomer at the Astrophysical Observatory of Catania and in 2005 she moved to IAPS, Istituto di Astrofisica e Planetologia Spaziali in Rome.

She wrote 79 articles published on main international scientific journals, of which 34 as first author, for a total of more than 2000 citations.

She is member and co-founder of HELAS, the European Network in Helio- and Asteroseismology, funded from 2006-2010 within the FP6 framework of the European Commission.

She is part of the Scientific Advisory board appointed by the Italian Ministry of University and Research (MIUR) for VQR (Evaluation of the Quality of the Research) and Premio ‘Rita Levi Montalcini’; she is member of the review panel for assignment of national funding through PRIN, SIR, FIRB and other competitions.

She is member of TASC, the TESS (NASA) Asteroseismic Science Consortium; and of KASC the Kepler/NASA Asteroseismic Science Consortium.
Expert Reviewer for ERC by European Research Council, for project grants by the Narodowe Centrum Kultury (National Centre for Culture) of Polish Ministry of Education and for post-doc grants by Research Foundation – Flanders (Fonds Wetenschappelijk Onderzoek – Vlaanderen, FWO Belgium).