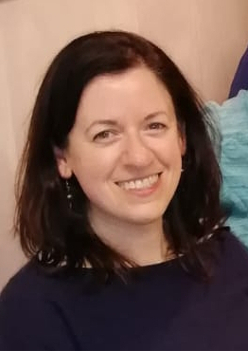 Role: Leader of Work Package 131 260 “Identification of known and candidate planets in the PLATO fields”

I obtained my PhD in Padova, where I analysed the very first simulated images of PLATO in order to evaluate the level of contamination and crowding of the selected fields. I was also focused on Asteroseismology of solar-like stars with the NASA-Kepler data.
I worked as a post-doc at the INAF – Padova Observatory from 2013 to 2018, and I was mainly involved in the GAPS/GAPS2 project. GAPS is an Italian observing program devoted to search and characterize exoplanets with the radial velocity method by using the high-resolution spectrographs of the Telescopio Nazionale Galileo (TNG), i.e. HARPS-N and recently HARPS-N working simultaneously with GIANO-B, thanks to the GIARPS configuration.
I was also involved in the realization of GIARPS as project manager.
I’m currently working at the INAF – Astronomical Observatory of Palermo, focusing my work on the characterization of the stellar activity of the targets for the ESA-ARIEL space mission.
In the framework of PLATO2.0 I am the responsible for the PLATO Work Package 131 260: “Identification of known and candidate planets in the PLATO fields” and I’m participating to the definition of the Plato Input Catalogue.