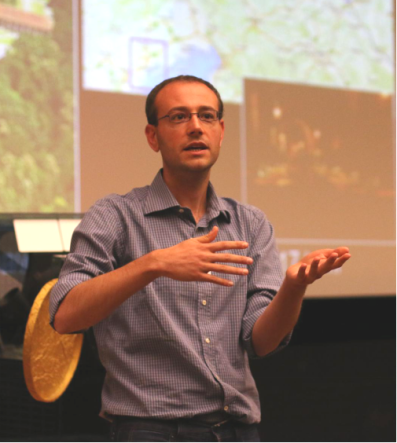 Dr. Luca Fossati (Msc Physics, 2004; PhD in Astrophysics, 2009) is the leader of the exoplanet research group at the Space Research Institute (IWF) or the Austrian Academy of Sciences (OeAW), in Graz, Austria. He is an experienced stellar spectroscopist and pioneered exoplanet transmission spectroscopy observations are near-ultraviolet wavelengths, which led to the first detection of atmospheric escape in an ultra-hot Jupiter. He has considerable observational and theoretical experience with respect to planet atmospheric escape and is leading projects aiming at better understanding planetary atmospheric evolution. He is a science team member of the CHEOPS and CUTE missions, is chair of the upper atmosphere working group of the ARIEL mission, and chair of the exoplanet working group of the POLLUX spectropolarimeter. He is recipient or several funding projects in Germany and Austria. He has (co-)authored over 130 refereed publications. Within the PLATO mission, he is an active member of the “Fundamental stellar parameters” and of the “Statistical comparison between theory and PLATO data” work packages.