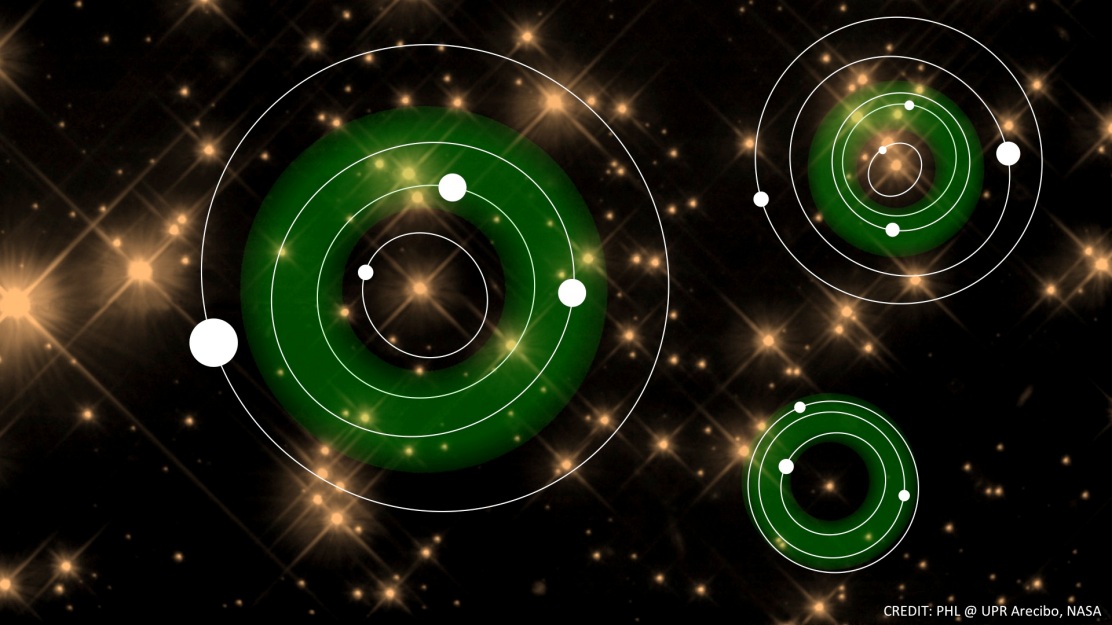 One of the major findings of Kepler is the catalogue of multiple-planet transiting systems (see Lissauer et al. 2014). Multiple systems provide information about the relative inclinations of the orbits, a fundamental parameter to understand planet formation and evolution, and, thanks to their mutual gravitational interactions, provide information about their masses via the analysis of the transit timing variations and photodynamical effects (i.e. see Lissauer et al. 2013, and references therein). Photodynamical analysis can, in some cases, provide values of the planetary densities with excellent accuracy (in the few percent range, see Almenara et al. 2015). It is estimated that about 10% of the planetary systems discovered by Kepler show significant transit timing variations (Ford et al. 2011) providing meaningful constraints on their masses, in the range of few percent (Kepler-36, Carter et al. 2012) to few tens of percent (Kepler-11, Lissauer et al. 2013).

PLATO will discover several thousand transiting planets of all sizes and periods on how this number was obtained) around stars brighter thanV=13, reaching orbital periods beyond the range observed by K2 and TESS. Multiple systems discovered by PLATO will be characterised by TTVs with larger precision than Kepler, thanks to the higher observation time and sampling rate, providing meaningful constraints to the processes of planetary formation and evolution, especially in regions of the parameter space beyond reach for any other mission in the next decade.